Last day in Joutsa. Today we cleaned the places, created youthpass certificates for our participants and watched a movie together. Everyone said that the camp has been fun and revarding so far. Most of the Germans said this has been a really succesfull exchange camp.

Tomorrow we will visit Suomenlinna 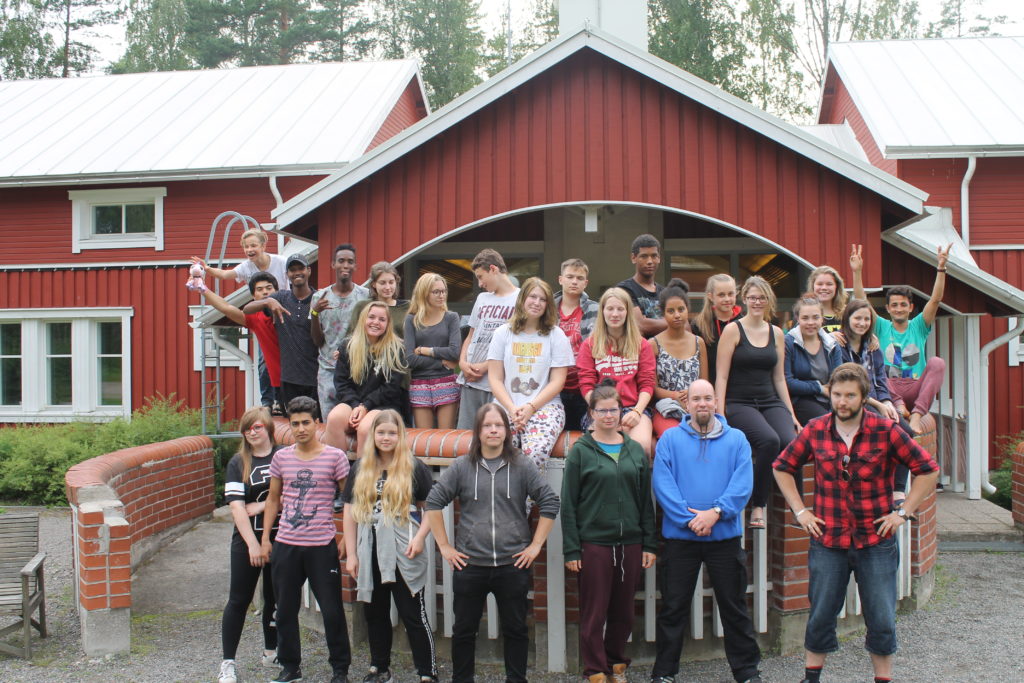 Today we visited the art center Haihatus near Joutsa center. There was modern, scary and some times crazy art work. All of us didn’t like it so much because it was so different kind of art. Some of the works have so many sexual objekts that it feels like annoying. The art was very new for us.

In the evening we photoshow and voted the best photos to be published here. 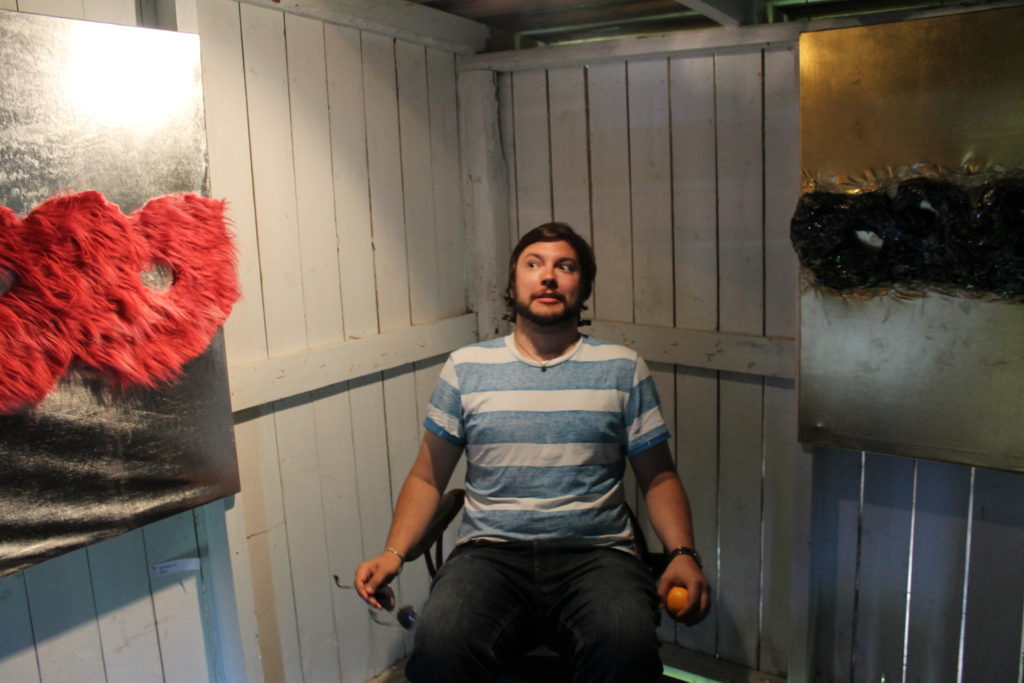 Don’t ask how he got there 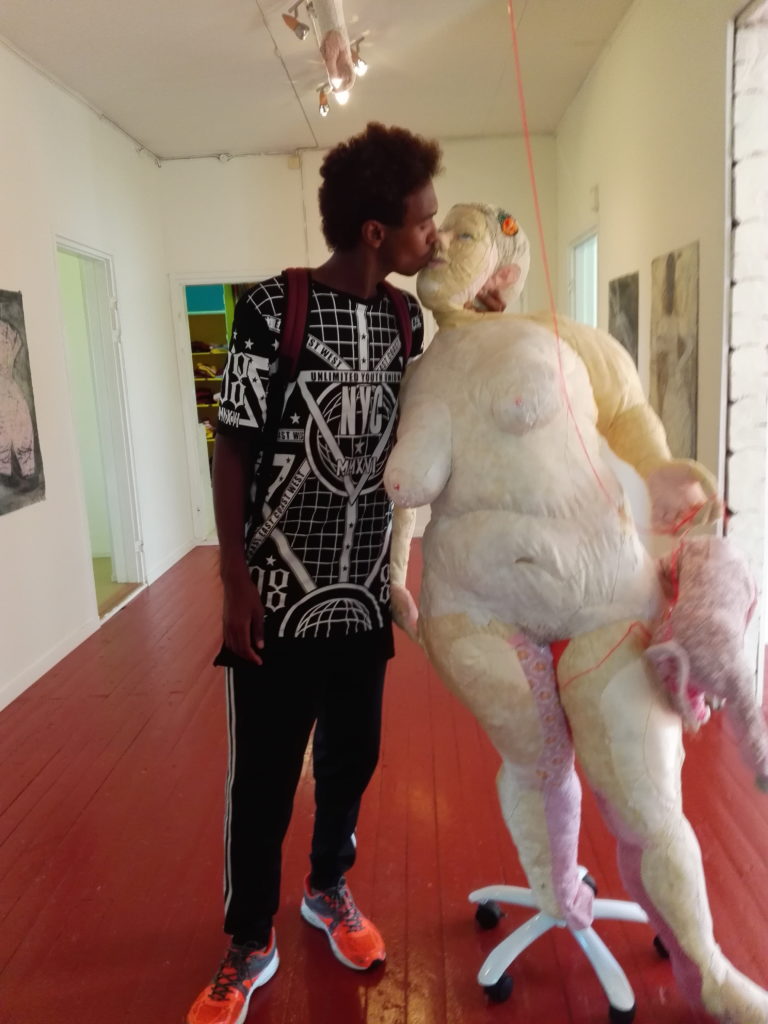 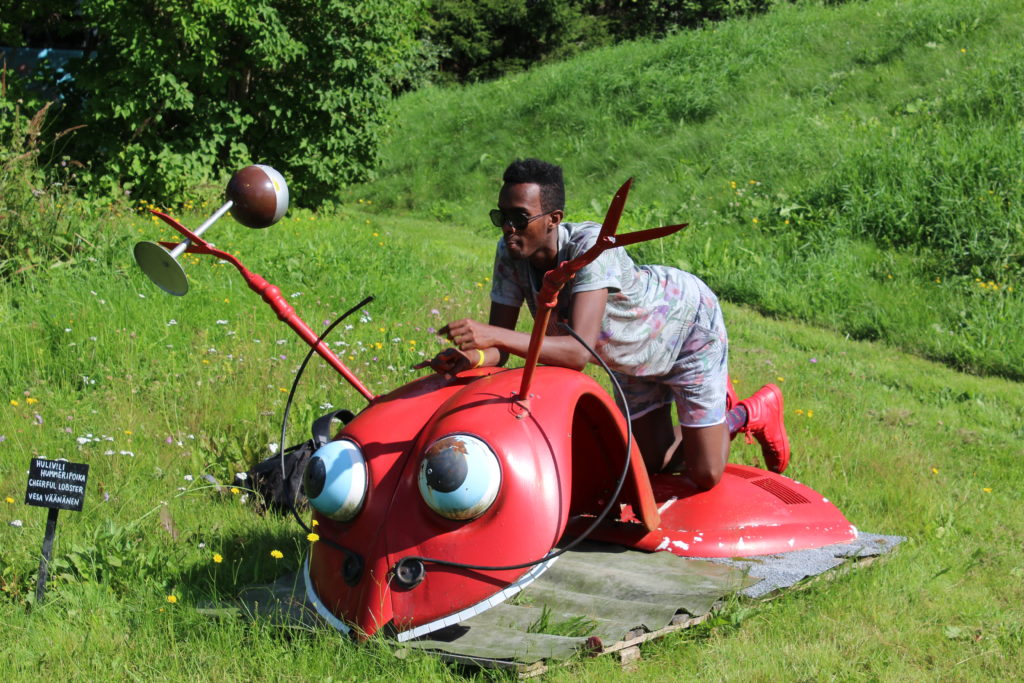 Lets take a ride on beetle 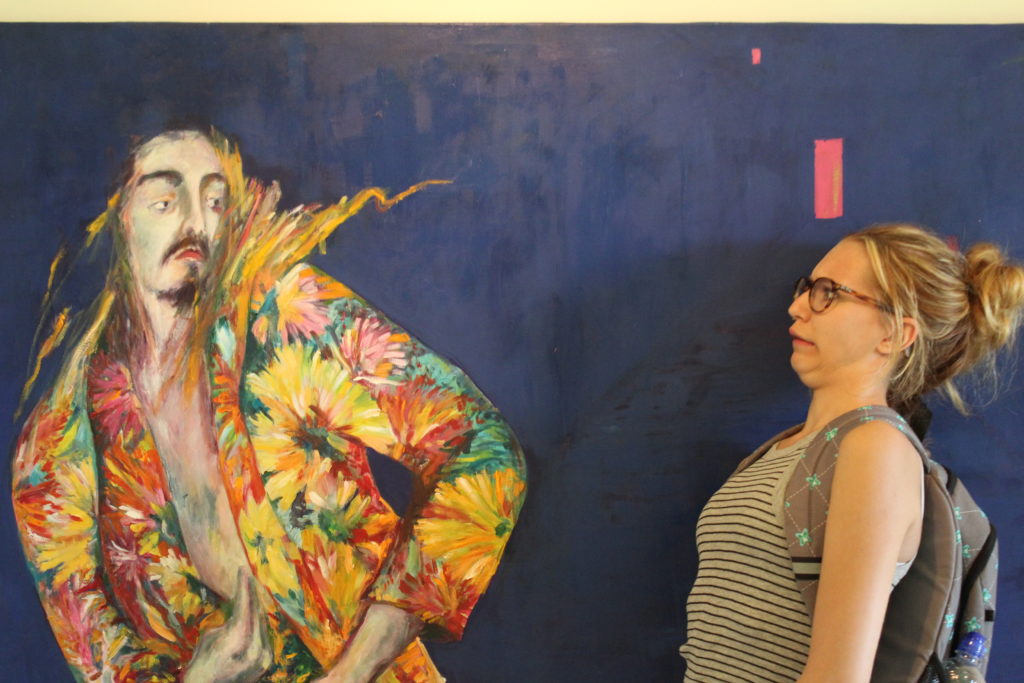 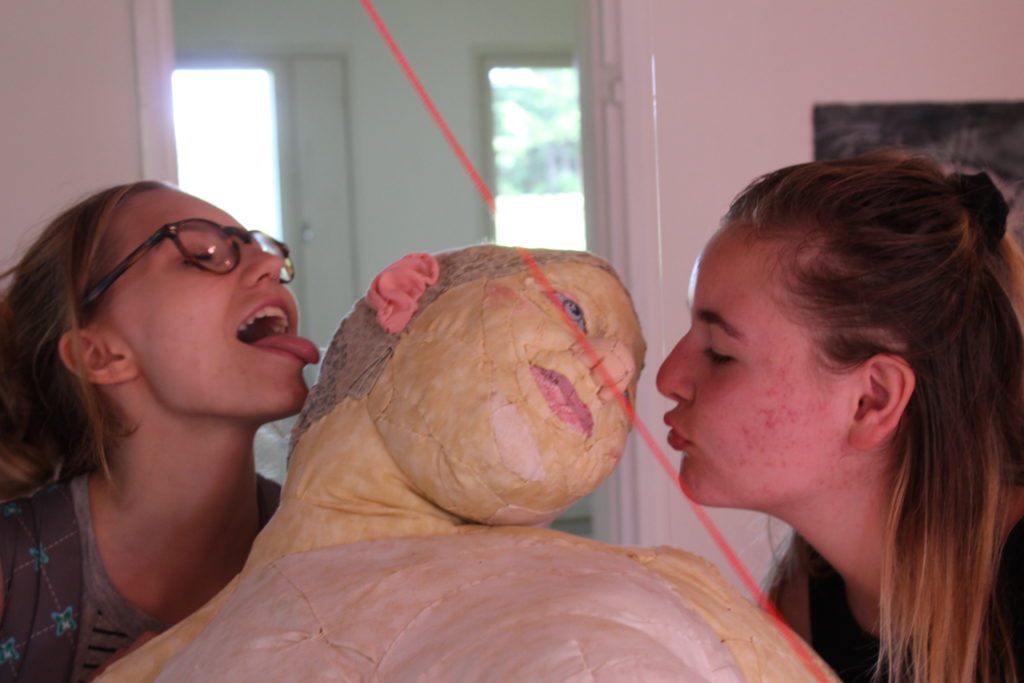 Today we visited the local youth assosiaation house. They had some work for us. We painted the house’s bannister  and cut grass, cleaned the entrance room and stage. Some also worked in neighbour’s garden. The owner Tilda us how big role working only for food is in renovation projects in Finland.

In the early evening we had some kind of camp olympics. The grades were Finnish darts, basket ball, crocket, poker, balancing on one foot. This time leaders also took apart of it. 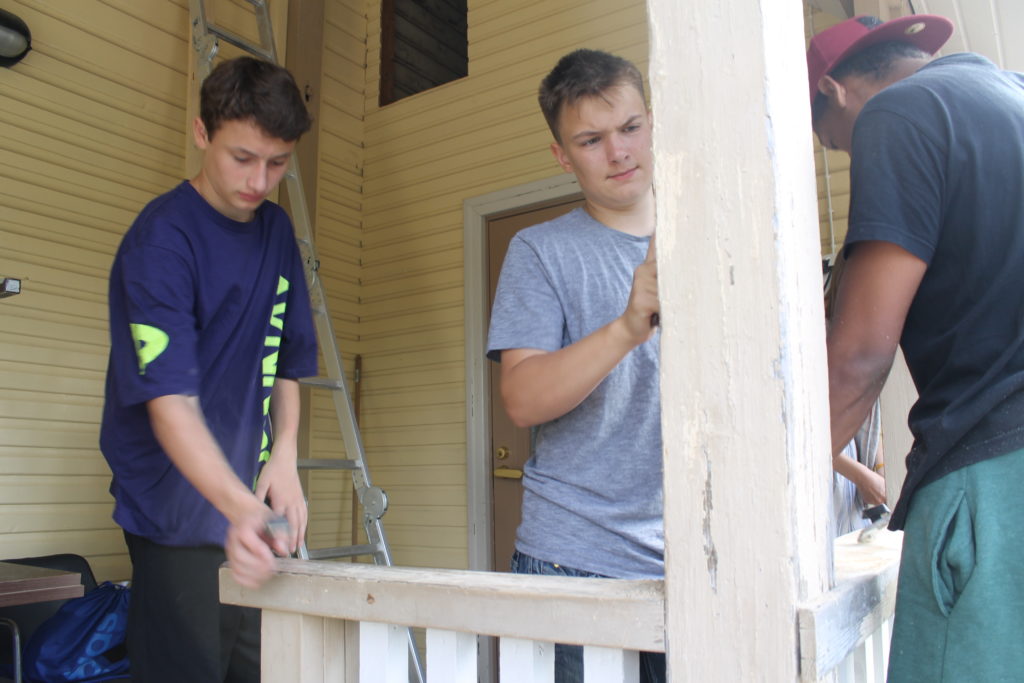 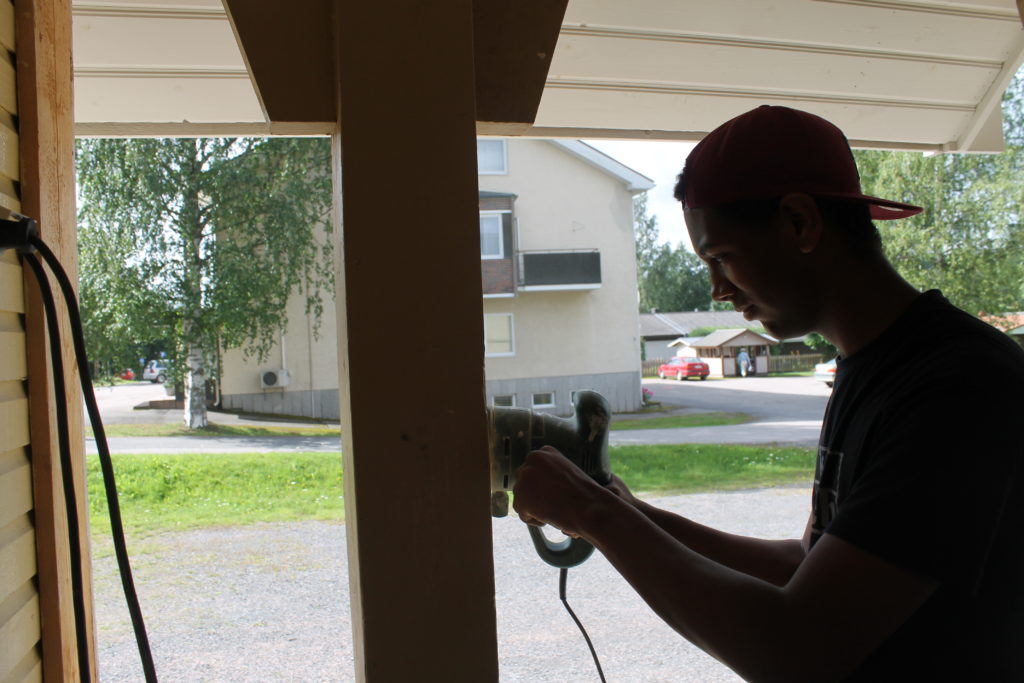 Some times you need a heavy tool 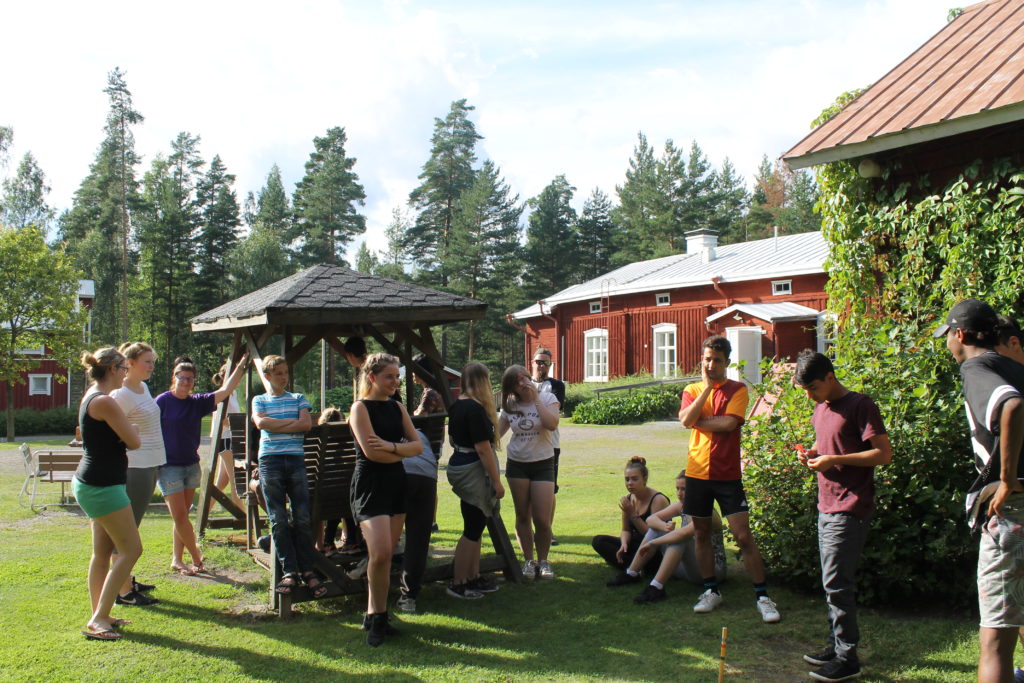 We had a workshop about prejudices. In the workshop we focused on how to avoid prejudices, where do they come from and what you can do to help person from other culture to feel familiar in the new country or a new situation.

The evening ended as the german evening where the German group made a little quiz about Germany and some games for the Finnish group. They also made a typical German dinner for all of us by doing everything themselves. 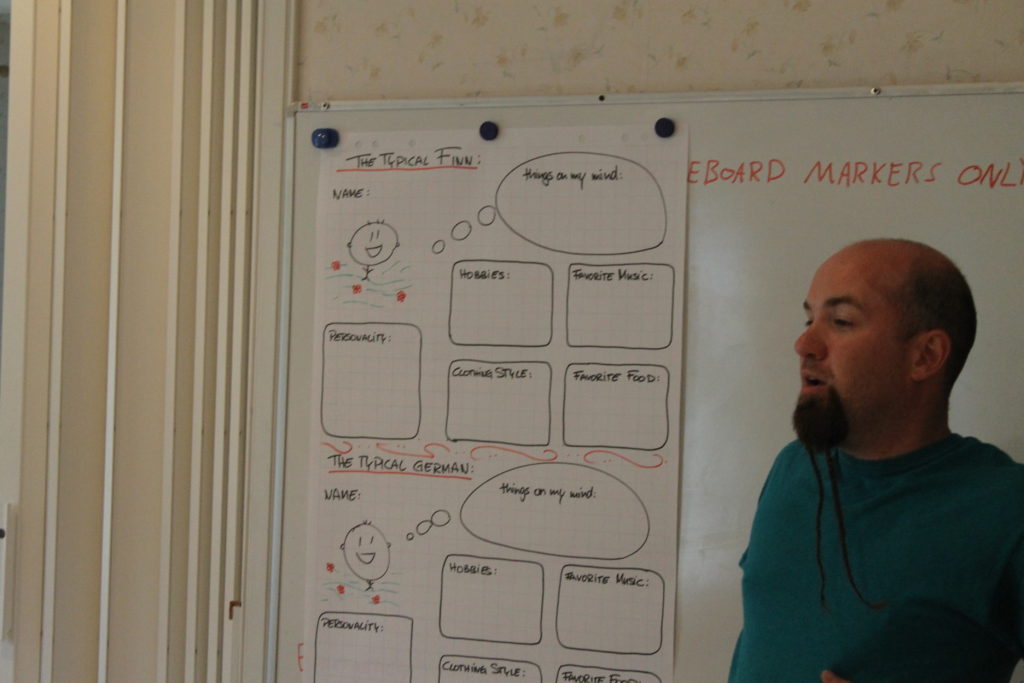 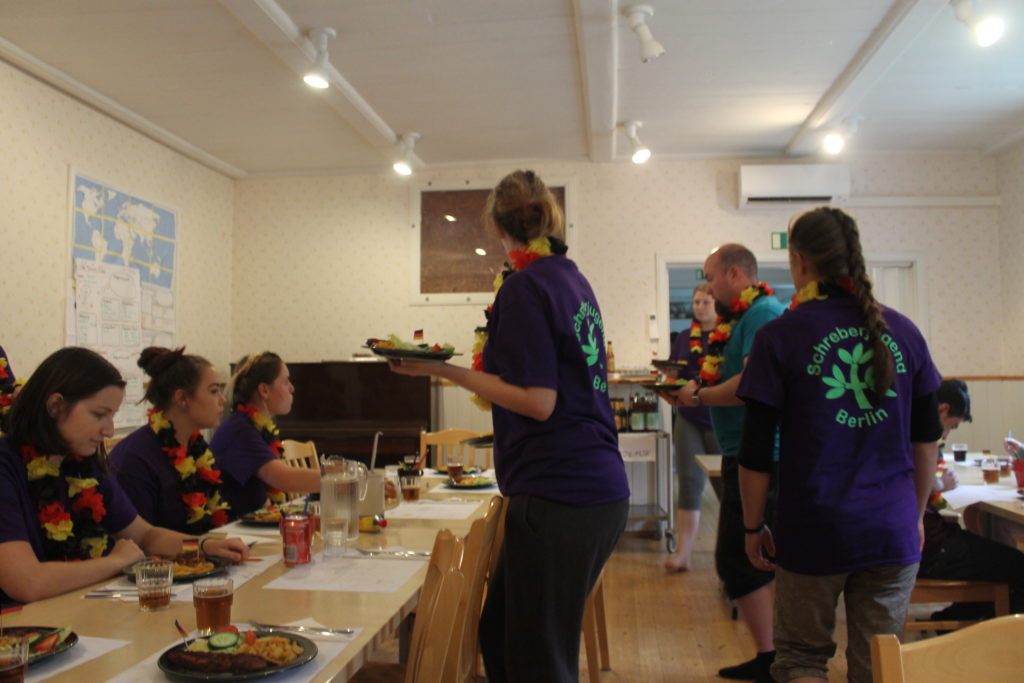 Everything ready for the evening 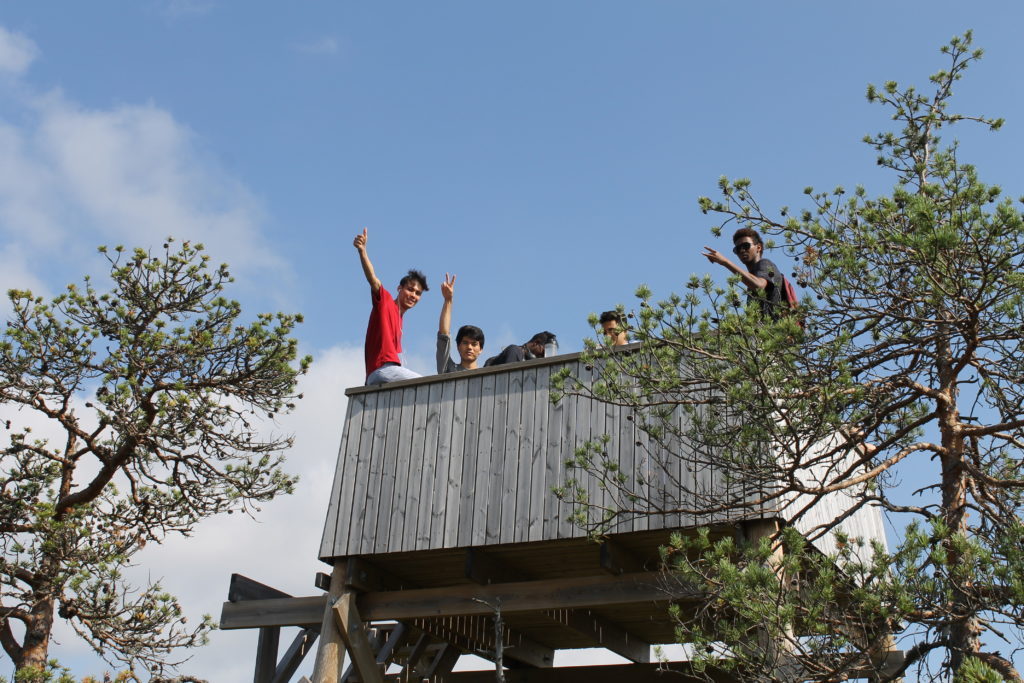 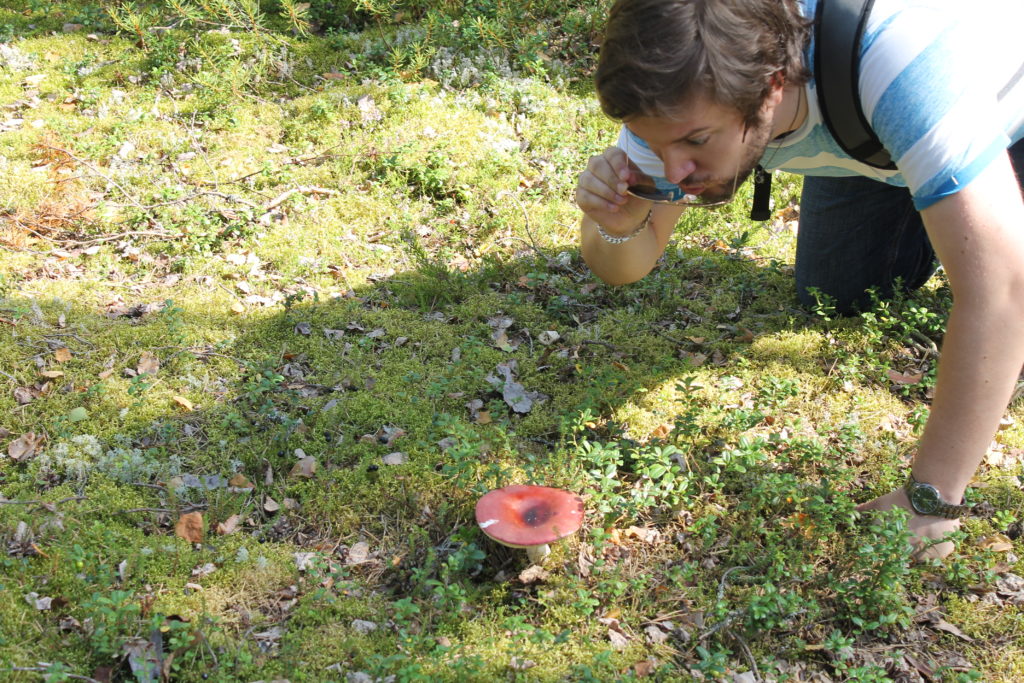 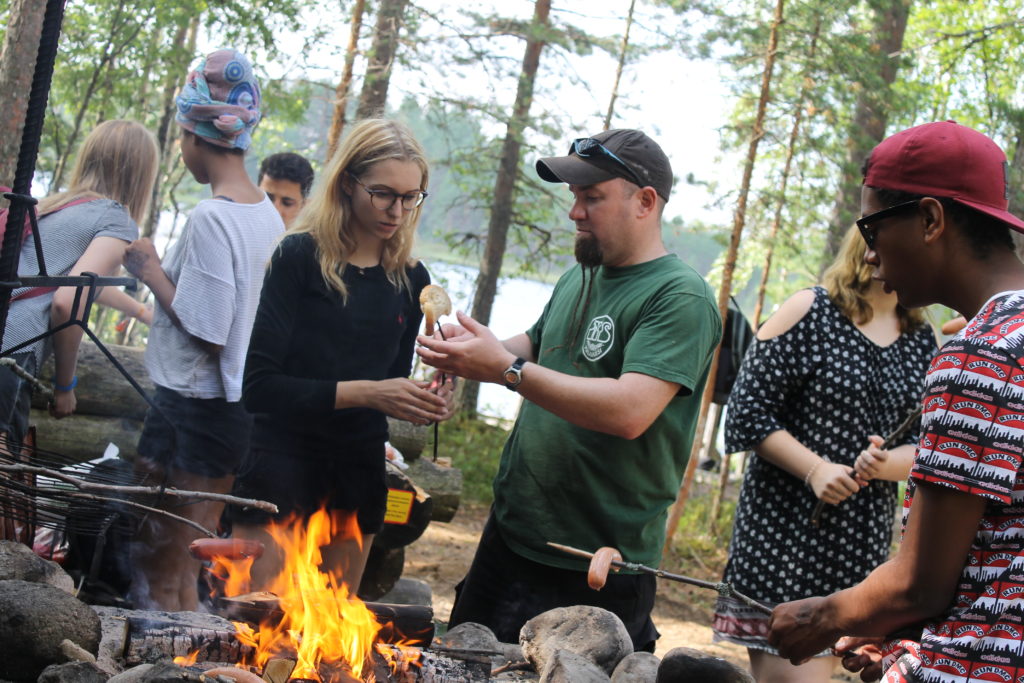 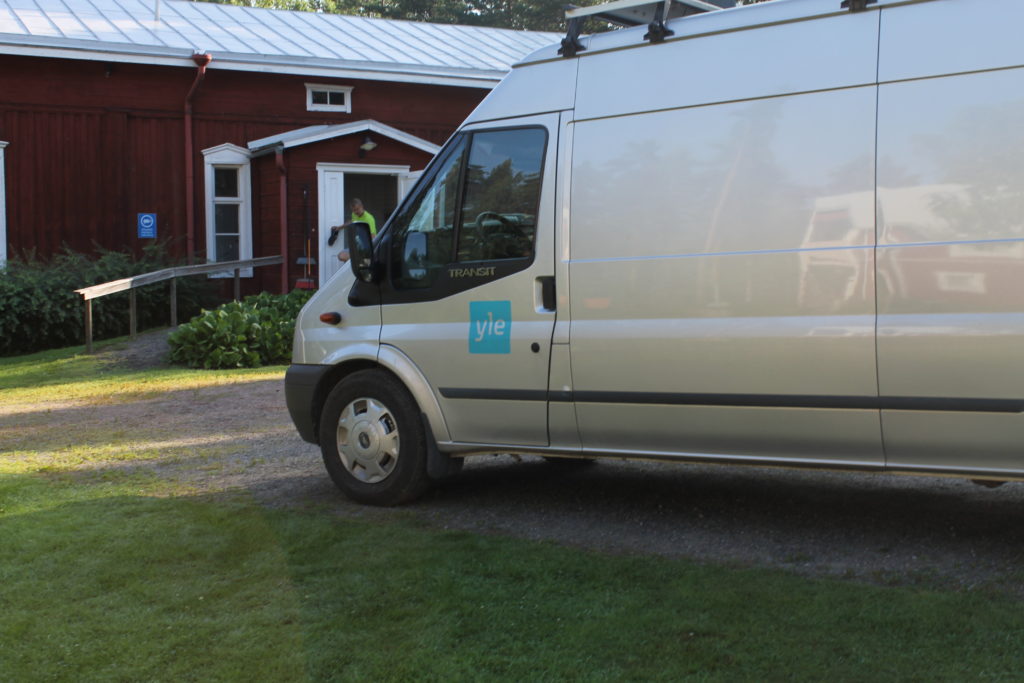 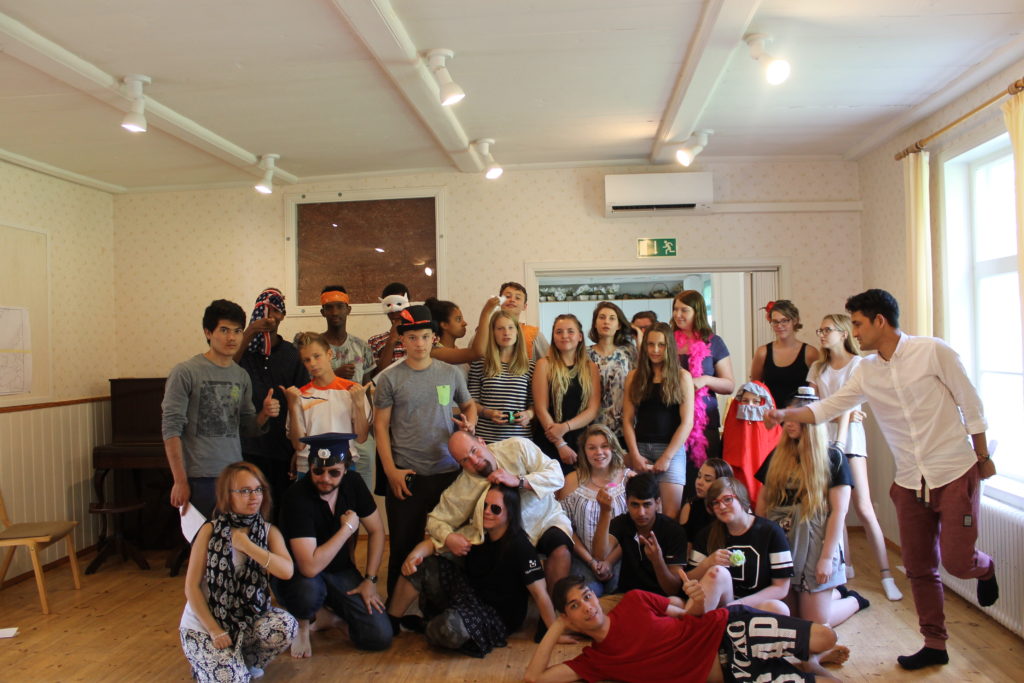 Today we had the first two workshops. We discussed about imigration in small groups and  make presentations together. Everyone of us gave his opinion and went in front of the audiance and explain the reasons they read. And they also answered if somebody had anything to ask. Leaders also said their opinions.

We also played a lot of games today like crocket, basket ball, football, mölkky, ping pong. Also we went to sauna and swimming just like yesterday. Some of us tryed canoes on the lake for the first time. Best thing today was that we watched some comedy videos in the evening. Also the food was very good today. 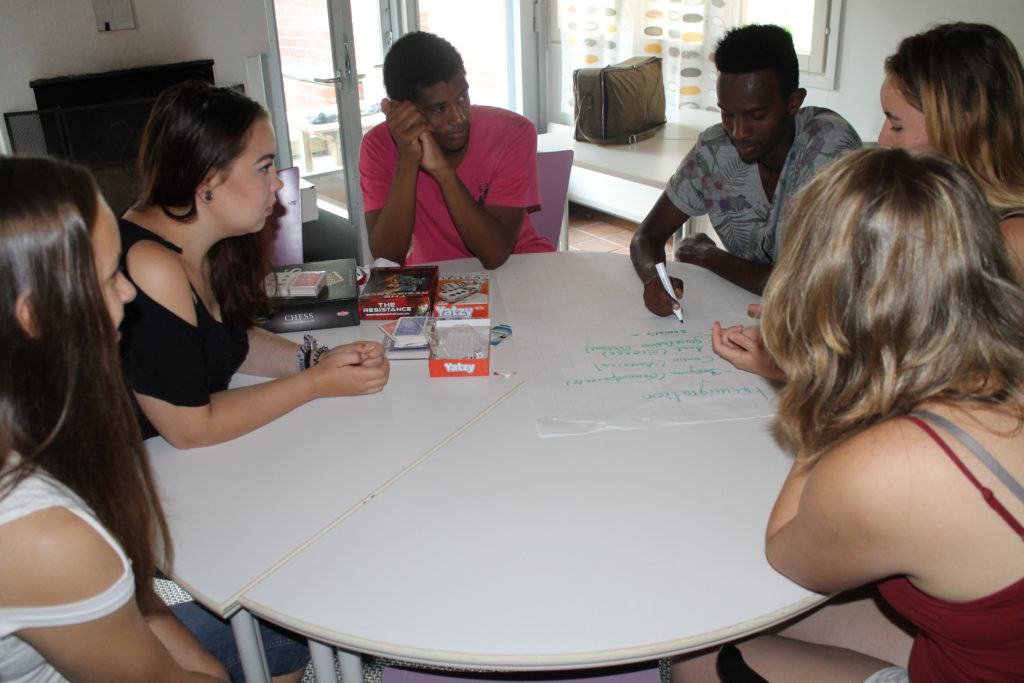 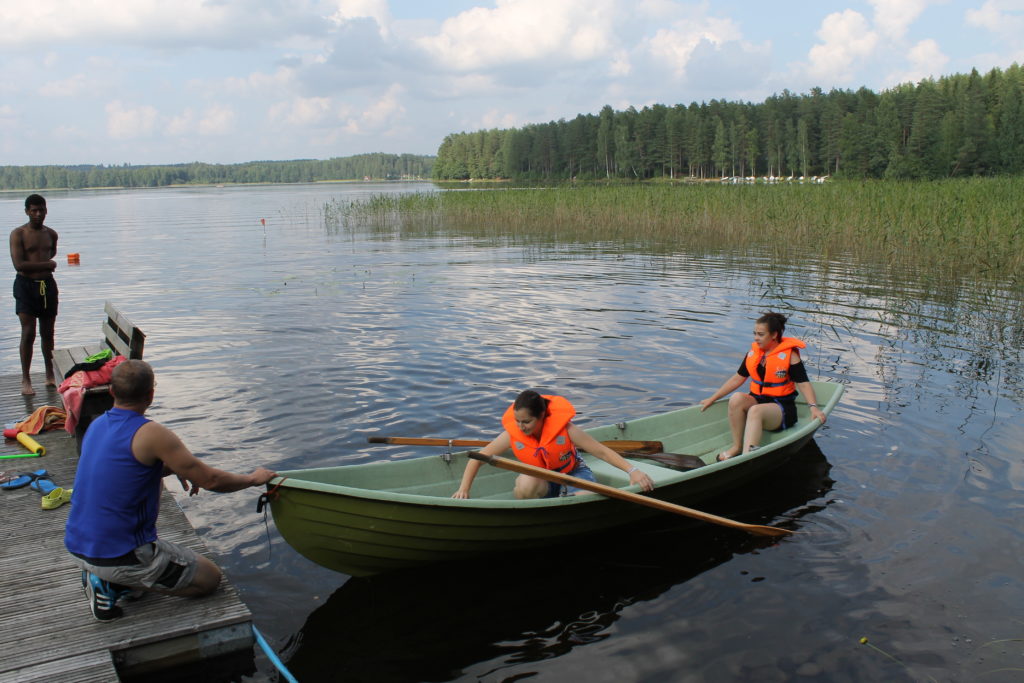 The second day was also quite easyworking day. We continued Familiairzing each other by game called pirate ships. Everyone have found at least one new friend in one day in our camp. Today the participants visited the local market in Joutsa. Remember if start a water war, you will always really wet. That was one of the highlights today. Most of the boys took a part of it an even two leaders got wet (Actually it was my idea). 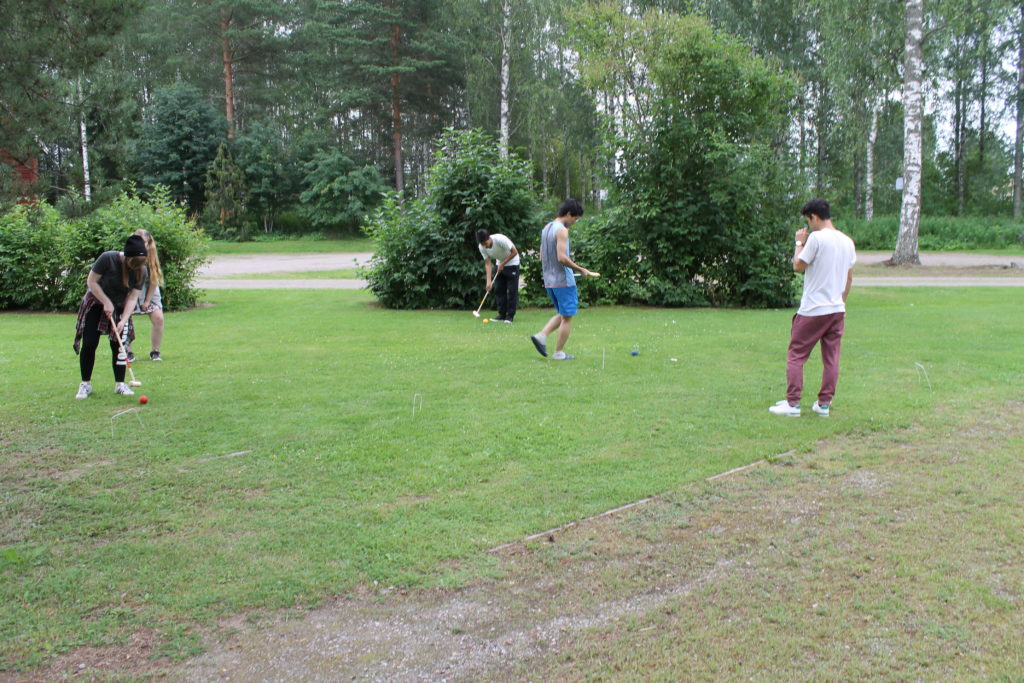 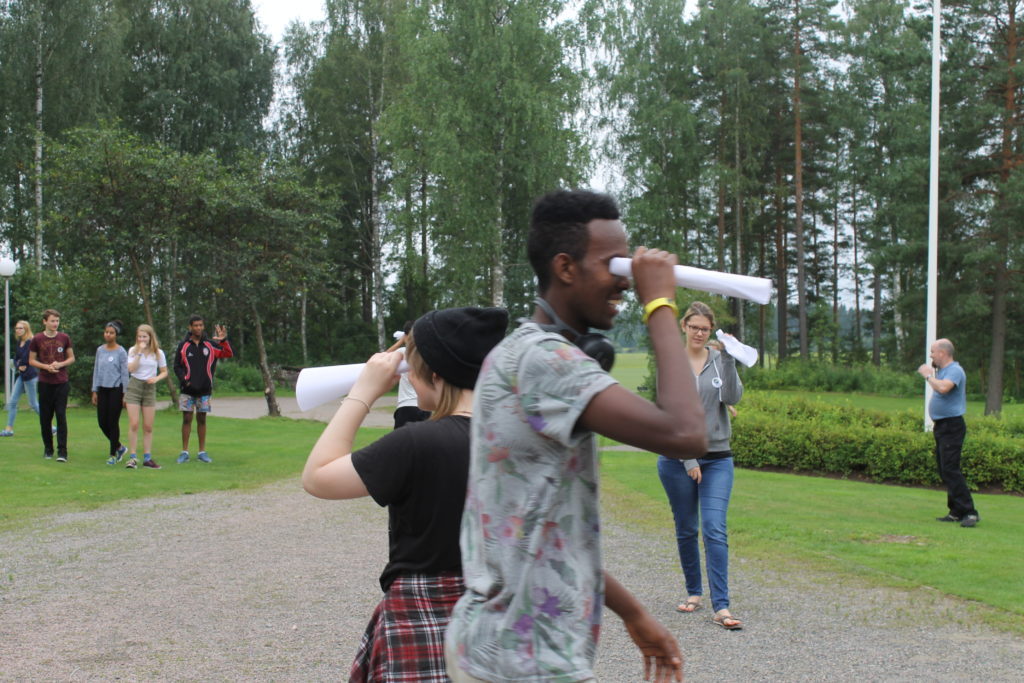 Teamwork in a pirate way 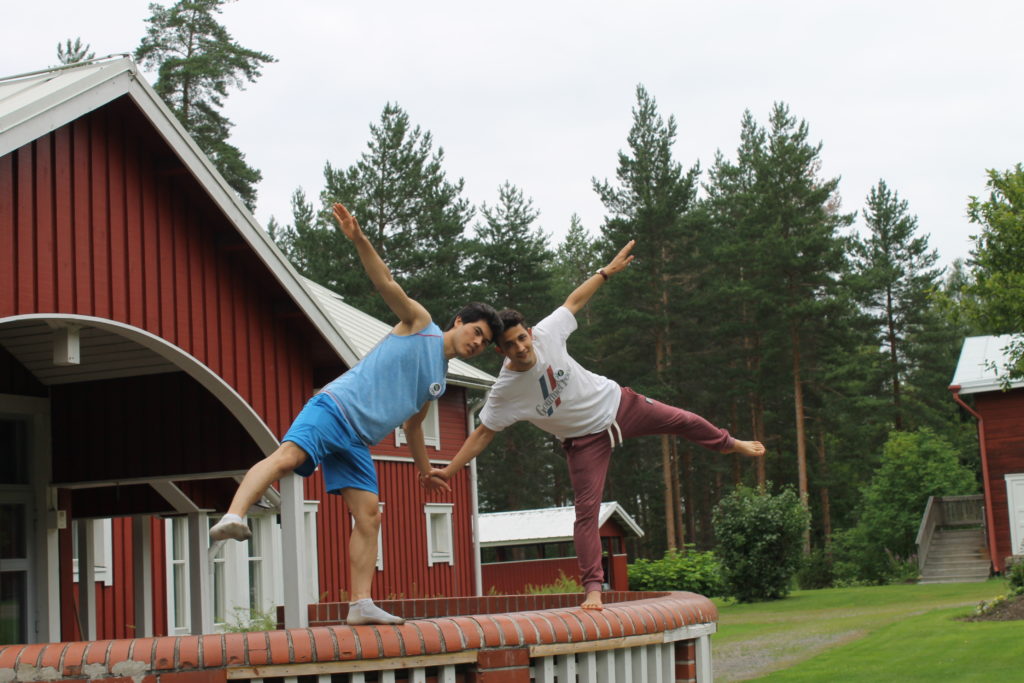 The first day of the camp is just setting down and the atmosphere is exciting! Most of the germans are first time in Finland and they came all the way from Berlin to Joutsa. So it has been a cultural shock for those who live in a big city to come here into countryside. Today we familiarize each other and I hope everyone also learned something about themselves. Some of germans went into sauna for the first time today and saw the midnightsun. (not actually midnight, but anyway). We will start our main program tomorrow. 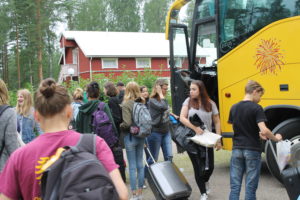 Unloading from the bus after a long ride 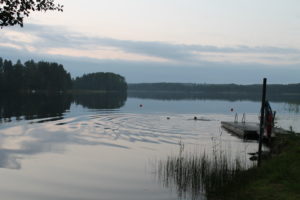 Participants taking a refrefshing swim in the lake

The camp starts tomorrow and we still have a lot to do here in our office.

Tensions are rising when camp leaders are preparing for battle. 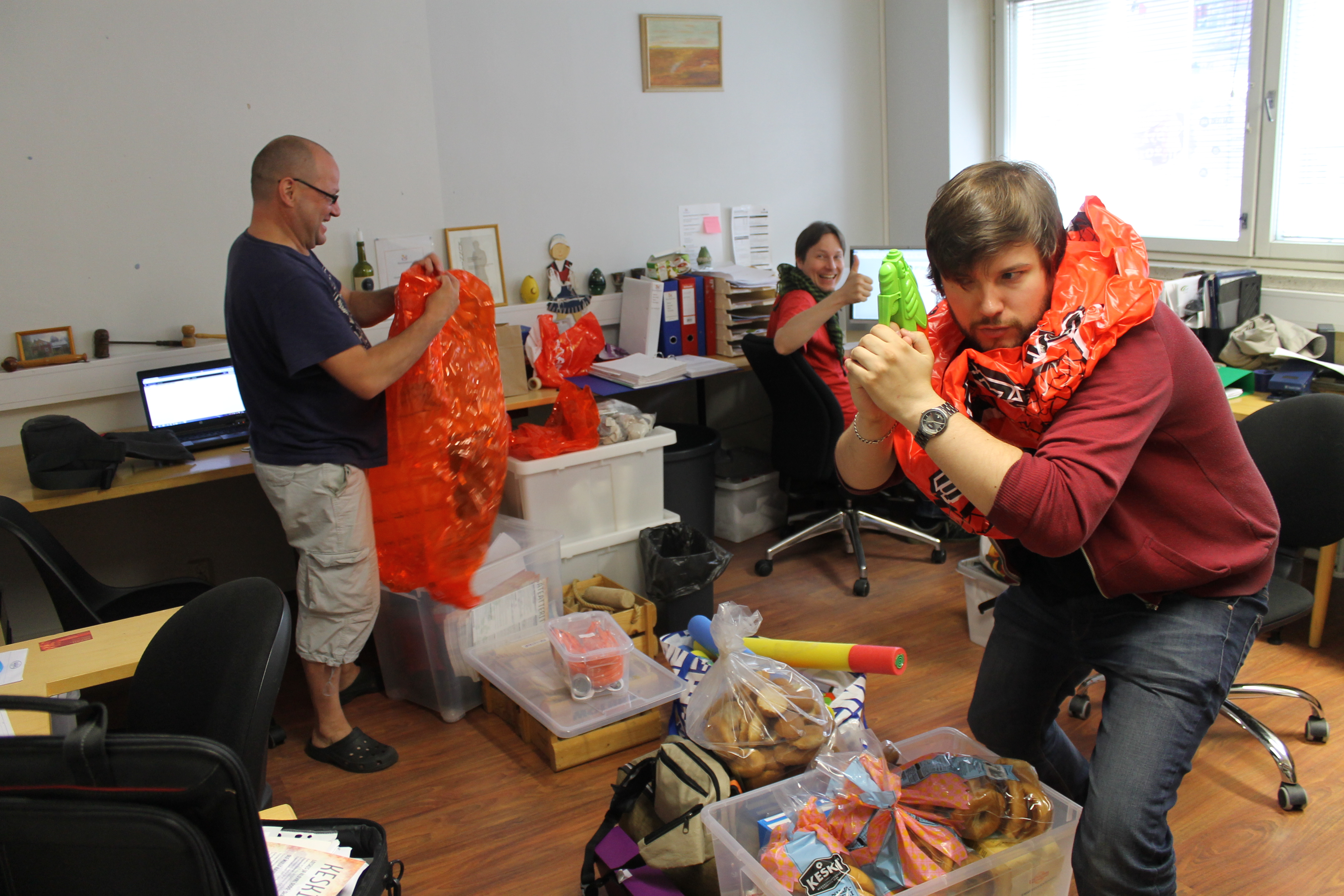